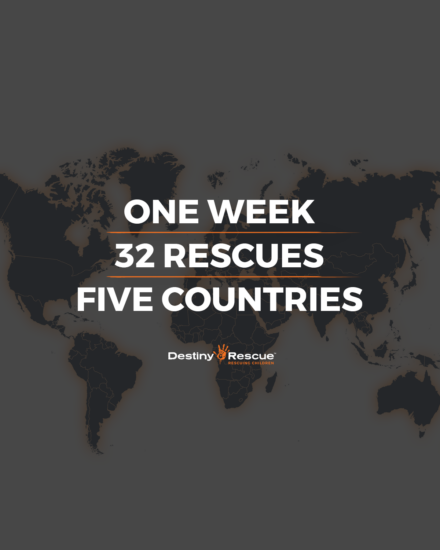 32 rescued in one week across five countries

Employing all of our various rescue methods, agents in five countries rescued 32 girls and women in one week.

Seventeen girls and women, ages 14 to 32, were rescued from human trafficking at the Nepal border.

Two survivors in Thailand and two in Uganda have chosen freedom and joined our community care programs! The girls were 16 and 17 years old.

Five teens in Cambodia were rescued from the sex industry via covert rescue. Two girls, ages 15 and 19 were sisters.

A raid in southeast Asia freed six girls, ages 14 to 19, from sex trafficking and facilitated the arrest of their trafficker. 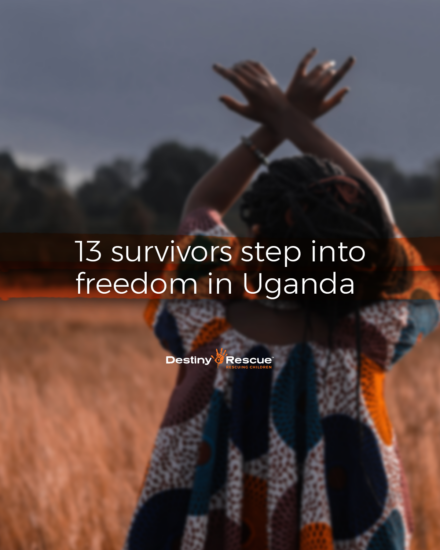 13 survivors step into freedom in Uganda

Thirteen survivors, ages 12 to 17, have been rescued and enrolled in our community care program in Uganda. 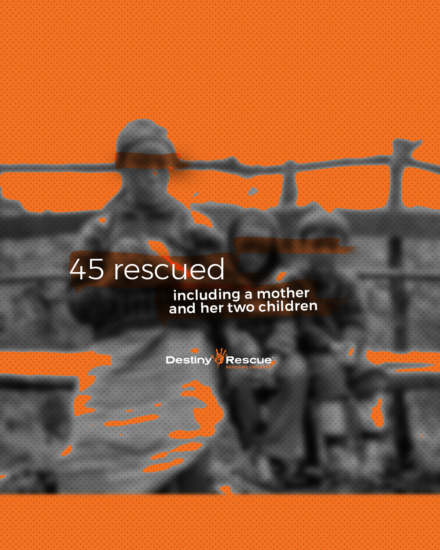 Our rescue agents rescued 45 people at the border of Nepal, including saving a mother and her two children from the clutches of her trafficker. 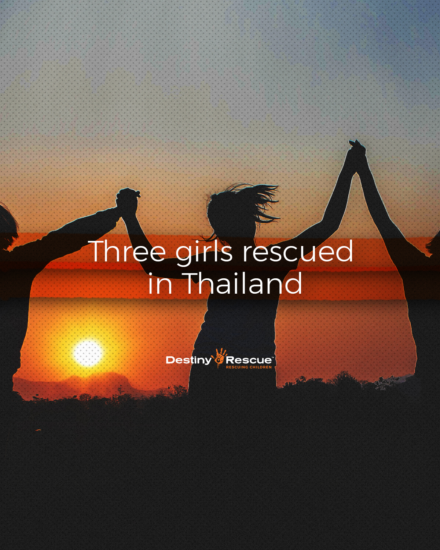 Three survivors bravely accepted our offer of freedom from the sex industry. 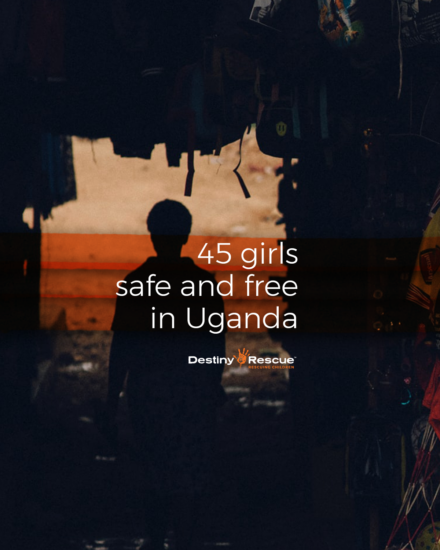 45 girls safe and free in Uganda

All 45 survivors have joined our community care program in Uganda.

You can make the next rescue possible!

You can rescue a child and help her stay free!