In one moment, everything changed for 17-year-old Tara. Because of recent border expansions, our agents were ready and waiting as 37-year-old Barburam tried to traffic a young girl out of the country.

Tara is seventeen years old and lives with her parents and siblings in rural central Nepal. She attended school through the eighth grade until she had to drop out to help her parents at home. This March, she went to a fair in her village where she had the opportunity to perform in her favorite hobby, dance.

After her dance Barburam, a 37 year old man, approached her and congratulated her performance. They started talking and he gave her his phone number.

Over the next six days, he continued to talk with her. He said if she came across the border with him he could arrange for her to dance in music videos and earn 1,000 rupees for each song.

Tara’s father made 10,000 rupees each month, supporting their family of six on the equivalent of $2.70 USD per day. The promise of 1,000 rupees for each video could create financial stability for her family for the first time.

Tara was excited about this proposition and felt it was a great opportunity for her to make money doing what she loved. She told Barburam she would ask her parents and get back to him. He quickly convinced her not to, saying he was ‘Like a brother to her,’ and ‘Why should she need her parent’s permission to make her dreams come true?’

He promised to help pay for her travels and gave her a story to deceive her parents when she left. She decided to trust Barburam and followed his instructions to lie to her parents, telling them she was meeting up with friends, and instead left to find him in a large city. Once together, they took a rickshaw to cross the border.

As they crossed what used to be an unmanned rural border road, they were stopped by Destiny Rescue border rescue agents. For a little over a week, our agents had a presence at this particular border crossing as part of our recent expansion along the Nepal border. Our agents, trained locals familiar with the area and people, felt suspicions about them. They stopped and separated Barburam and Tara to ask them some preliminary questions. 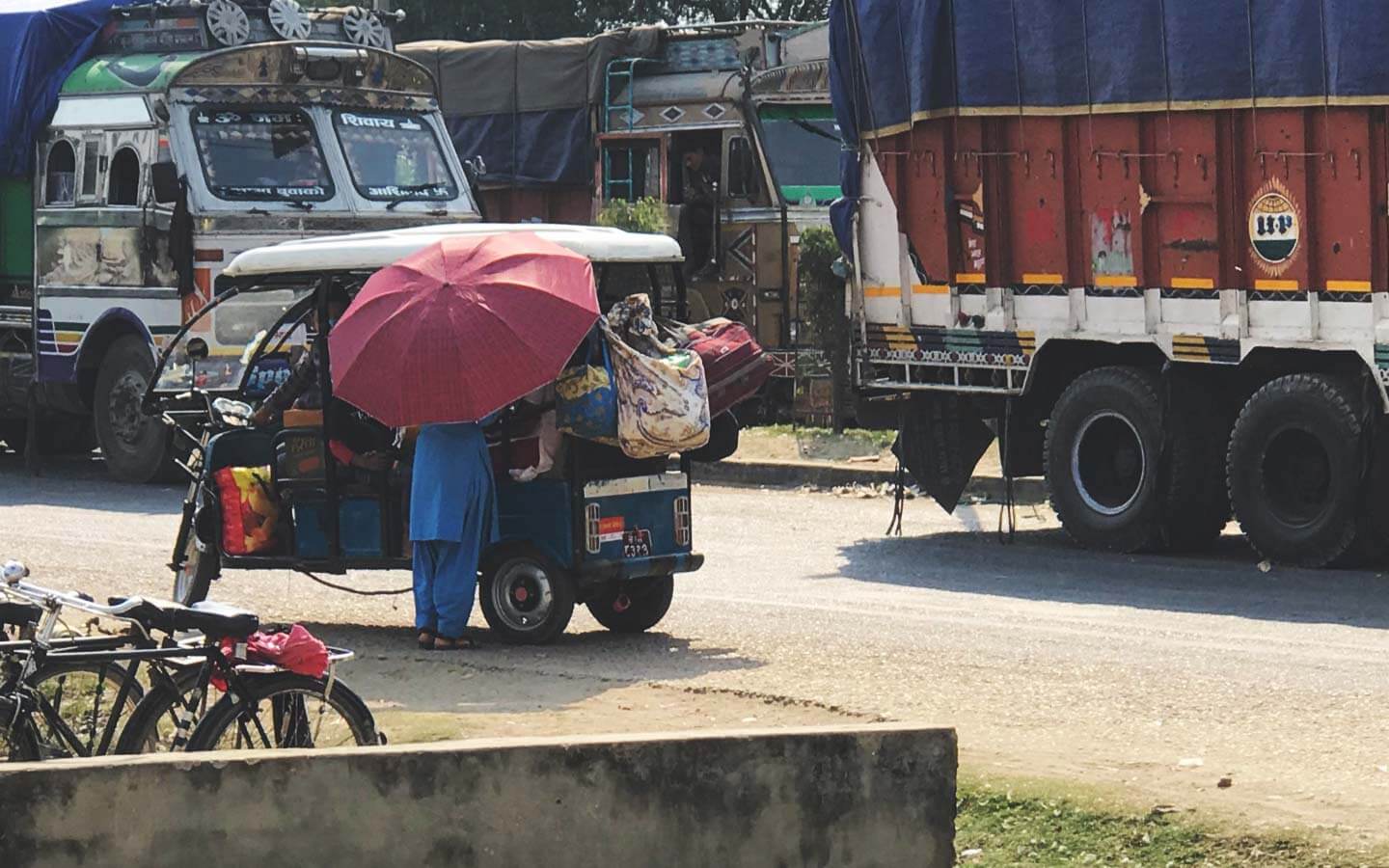 The interview was quickly flagged as a trafficking risk. Tara said they were brother and sister, but Barburam said something different. When our agents asked Tara to contact her family she claimed that she didn’t have her parent’s phone number. Easily seeing through the teenager’s lies, our agents found her mother’s number in Tara’s phone and gave her a call.

Her mother told our agents Tara had left home three days ago. She said she had no knowledge of her daughter’s plans to leave the country and gave our agents permission to keep Tara from continuing across the border with Barburam. She came into our transitional shelter where our staff cared for her until her family could arrive to bring her home.

Barburam was sent to the police station but Tara did not wish to file a case against him so he was released.

When Tara’s family arrived they were counseled on human trafficking and she was sent home with them. They will receive follow-up calls in the next few months from our staff.

Our presence has gone from six to fourteen border stations over the course of six months. Four were added in late 2020 and additional four opened just last month!

Two of the locations that opened in March 2021 saw a rescue within their first weeks of operation, Tara’s rescue is one of them. Her life could have been very different if Barburam had gained control of her across the border. His tactics, the enticing job promise, covering travel expenses and persuading her to lie to her parents are exactly in line with hundreds of other trafficking instances our agents encounter at the border.

Because of the generosity of our donors, agents are rescuing an average of two girls or young women from being sold into a life of continued exploitation across the border every day.