As our agents were conducting their routine interviews at a key border crossing location they came across 18-year-old Sreva* traveling with a 21-year-old man.

These two claimed to be brother and sister, out for a day of shopping. This story and their interactions raised suspicion with our agents who separated them for individual questioning. Once apart and questioned further, their stories didn’t match.

This escalated the interview from neutral to high-risk and agents proceeded knowing this was most likely an instance of trafficking. Agents were able to call Sreva’s father; he said he did not know this young man and was not aware his daughter was attempting to cross the border. Sreva then broke down and told our agents the truth. She confessed she met this man a few months ago, they had exchanged numbers and began talking. He had claimed to love her and they were running away together to get married. She had agreed, thinking the promise of a stable marriage would alleviate financial burden from her family and help secure her own future. She told agents she kept her plans a secret from her family and that he had insisted she lie if they were stopped at the border. Unfortunately, this is a common deception used by traffickers to move young girls across the border and into forced labor or life-long sexual exploitation. Her statement confirmed the situation was instance of attempted human trafficking.

Sreva then broke down and told our agents the truth.

Sreva’s family came to get her. They were counseled on the risks and indicators of human trafficking. In a recent followup call with her father, we learned that Sreva has returned to regularly attending school and she has plans to graduate in two years. We will continue to follow up with her family to ensure her continued safety.

In 2019 we rescued, on average, about one girl per day at border crossing checkpoints. Traffickers are strategic, and their deceptions are well-practiced. They prey on the lack of education and limited resources available to low-income families with daughters. At these checkpoints our agents are locals and most of them are female. Without the actions of these brave women, girls would be trafficked across these borders without hope of rescue every day.

Because of your support, girls and young women are found and rescued. They are able to return safely home and their families are educated on the risks of human trafficking. Each rescue is more than a number. Each rescue is a life saved and the first victory in a chain reaction of awareness and action against further instances of trafficking and deception.

*Her name has been changed to protect her identity 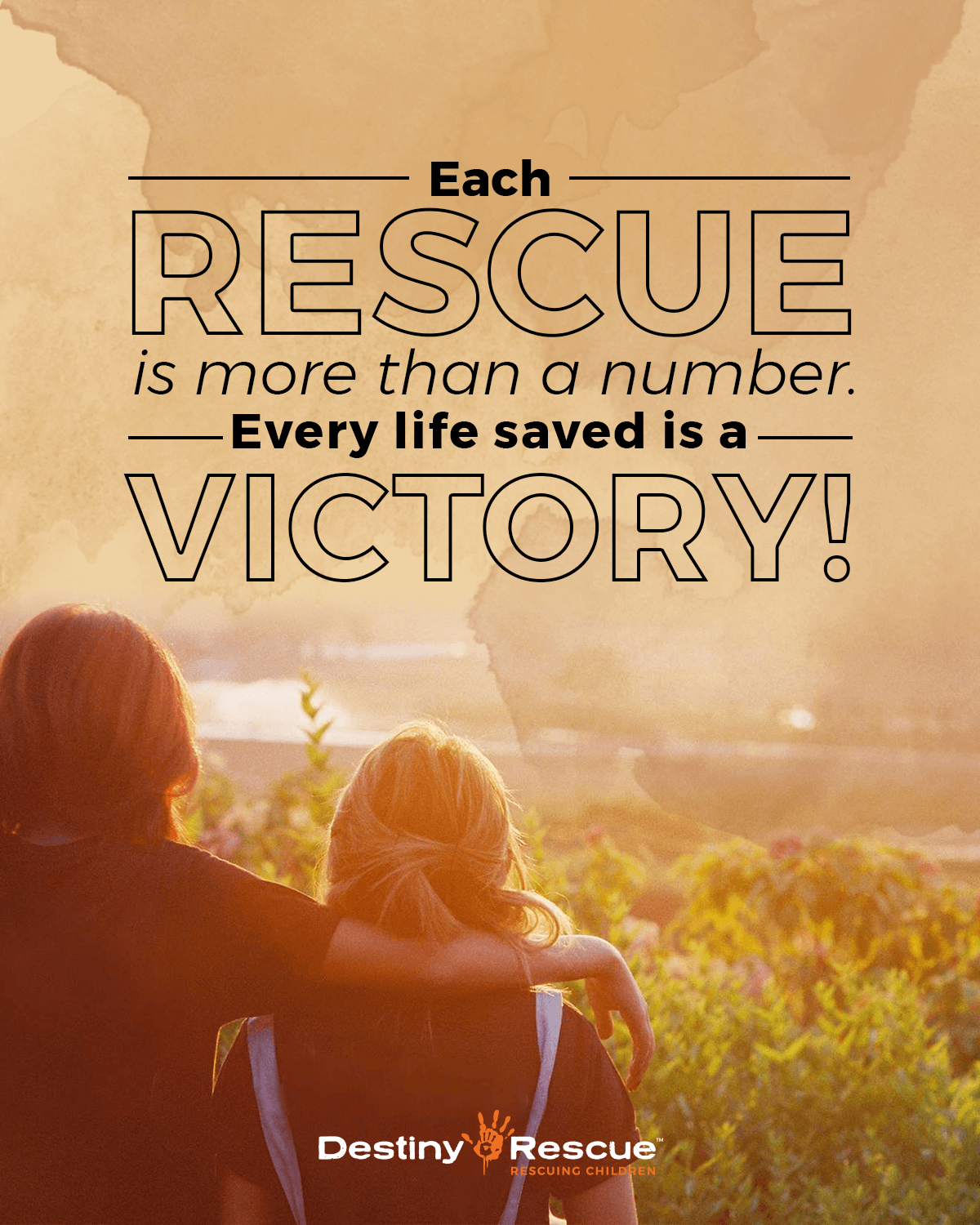