Filling dinner plates with rice, meat and vegetables is a daily battle for millions of impoverished families in developing countries in Asia. While global food insecurity is a monstrous crisis in the continent, it has now been exacerbated by Covid-19.

The virus has shaken economies across the region in the past two years, kicking up food prices while shrinking and scrapping jobs. This meant some poor families – who live under poverty lines, not modern homes – couldn’t afford to put any food on the table.

This level of desperation pushed some children to find employment in the labour and sex industries to help feed their families.

To combat this breaking point, Destiny Rescue handed out over 4900 food packs to kids and families in Thailand, Cambodia, Uganda and an undisclosed nation last year.

Dawson, our international rescue manager, says the food packs have likely been a “godsend” for impoverished families struggling for food because of the virus.

A lot of them probably didn’t know where their next meal was coming from,” he said. 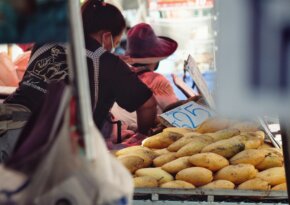 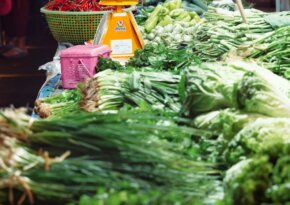 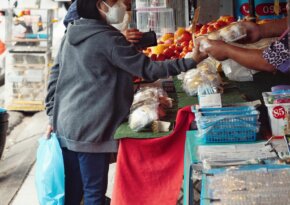 But easing a child’s hunger and desperation, he said, are merely two of many benefits of the food packs. They’re a “tool” with many uses, but its primary function is allowing our team to meet, befriend and rescue sexually-abused children in villages across the world.

“That’s the biggest thing,” he said. The bags of food led to over 600 rescues last year.

How food scarcity got worse
The project first launched in our undisclosed country in March 2020 when Covid-19 came to life and rattled food insecurity in low-come countries. This is because government responses to tame the virus led to job losses and high food prices.

In Asia, the undernourished population rose from 316 to 418 million between 2019 and 2020, according to an article last year by anti–poverty finance institution Asian Development Bank.

The institution said food prices rose across the region because of export restrictions, supply chain disruptions, and rising shipping costs. Disease outbreaks and the war between Russia and Ukraine have since added fuel to the fire. “Families in developing Asia spend up to half their budgets on food, so food price increases have a wide negative impact,” the article said.

Thailand was no exception.

Fighting back with food
Thailand, enduring four waves of Covid-19, plunged into a state of emergency at the first whiff of the virus, and has extended 17 times to May 31. This sunk the economy, according to an article late last year by anti-poverty publication World Bank Blogs. 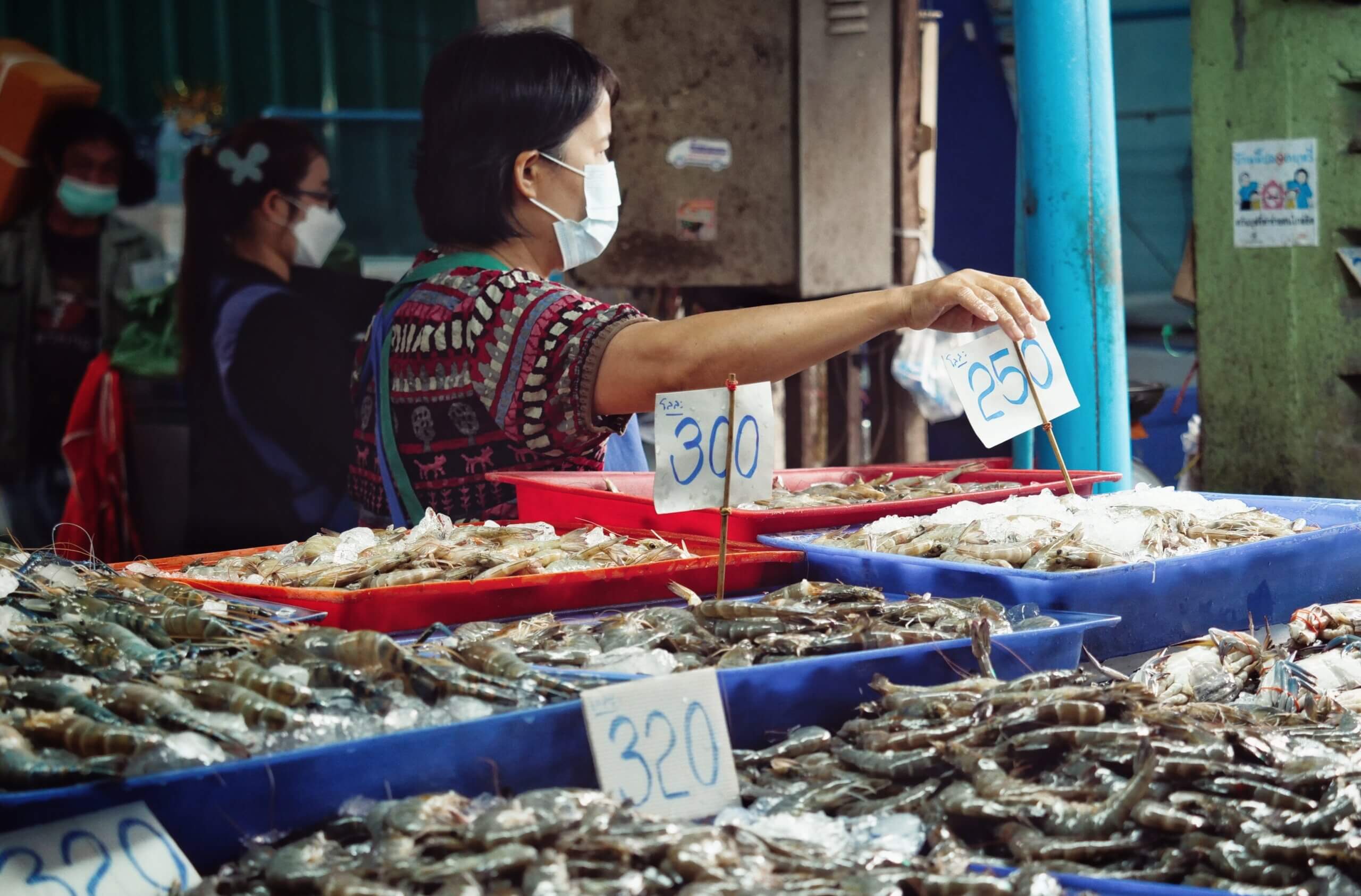 The publication said 200,000 people in the nation slipped into poverty in 2020. And in a survey in Thailand last year by the same publication, 60% of women in homes with kids ran out of food, and 50% of people feared they couldn’t buy food for a week.

In Thailand, Dawson saw impoverished families crave food in-person and on social media, saying there were once people queuing for “hundreds of meters” to get free food.

Our team of eight – which includes managers, caseworkers and a translator – gave out packs to 480 students, ages 10 to 18, across eight schools. The kids got rice, fish sauce, canned fish, cooking oil and a pack of instant noodles.

Dawson said survivors, who study vocational training in our reintegration program, are given food packs until they’re upskilled, have landed safe jobs and can afford food – financially independent. “That takes the financial pressure off the survivor.”

Outside of alleviating hunger and financial pressure, Dawson said the food packs allow his team to meet children and families and build a reputation as “good guys” – people they can trust. “It makes parents have peace of mind. We are there to help them,” he said.

It’s good to give them food because a lot of them need it, but it’s mainly because we want to find out where the exploitation is. It allows us to sit down one-on-one with the families and victims to find out what’s really happening.”

As a final benefit to the versatile food packs, Dawson said it allows them to enter schools and educate students about human trafficking, dangers of working in bars and how they can call for help if at-risk of abuse. “You definitely see positive results from it.”

Cambodia. In the country, where one-fifth of its citizens are food-deprived, our team rescued 21 girls after delivering 265 food packs to villages last year. The impact ripples into this year as agents continue to find and rescue children because of the food distributions.

Thousands of food packs
In our largest undisclosed country, our team handed out over 4000 food packs across hundreds of impoverished villages last year. Food includes flour, sugar, vegetables, oil and 25 kilograms of rice. 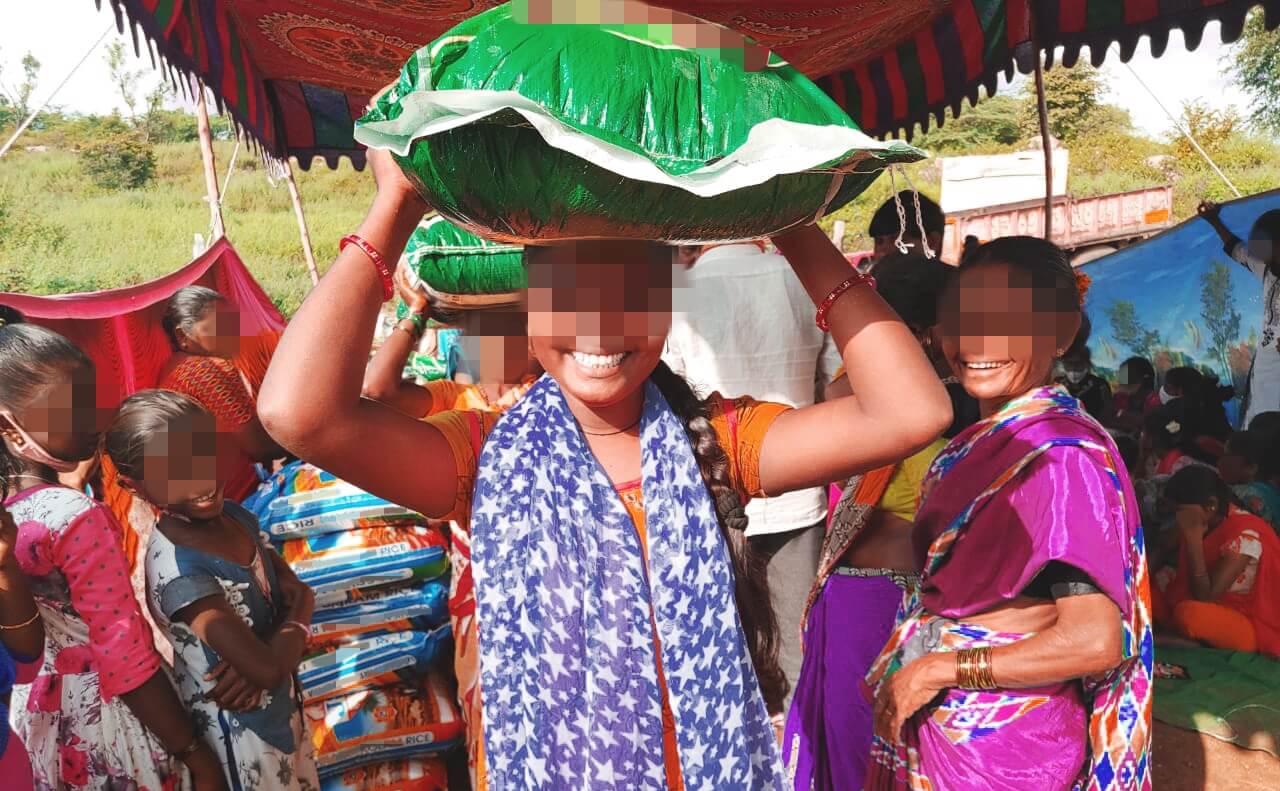 The food was distributed monthly, with regular packs going to survivors enrolled in our community care program. During these routine distributions, rescue agents would hand out additional food packs in order to discover and rescue more exploited children.

In these areas, some girls, ages 10 to 17, turned to selling sexual services in order to buy food for their families. The food insecurity within their villages was so desperate it drove some people to become suicidal.

Shyla, a survivor in the rescue nation last year, was one of these children who was pushed into sexual exploitation to simply avoid going hungry.

The teen had lost her parents and was under the wing of her old, frail grandparents, who could barely look after themselves. To find income to feed three people, she entered the sex industry. But we rescued her and she enrolled in our reintegration service. Today, she is safe and pursuing vocational training.

Food for Africa
Flying about 3400 miles away from the three rescue nations in Asia, Destiny Rescue also sent out 124 food packs to survivors in community care in Uganda, East Africa. 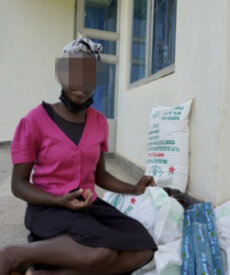 Here, the need to feed mouths is great. About 250,000 children were suffering from “severe acute malnutrition”, according to a report late last year by the United Nations Children’s Fund, a child rights and development arm of the United Nations.

Food insecurity continues to be a driving factor in the exploitation cases we encounter in Uganda. Our team, alongside a like-minded organization, provides survivors with a free breakfast and lunch between classes in our reintegration service. This year, survivors will also get monthly food packs to help feed them and their families during their six months in our program.

Join us
Destiny Rescue is proud of its food pack project’s success in four rescue nations worldwide, especially as it tackles many issues at once: hunger, lack of awareness around sex trafficking and the rescue of sexually exploited children.

Your donations make these efforts possible. Give today to find and rescue more children from sexual exploitation and help them stay free.